News > Bandai America on Board for Rainbow’s 44 Cats in the USA and Canada! 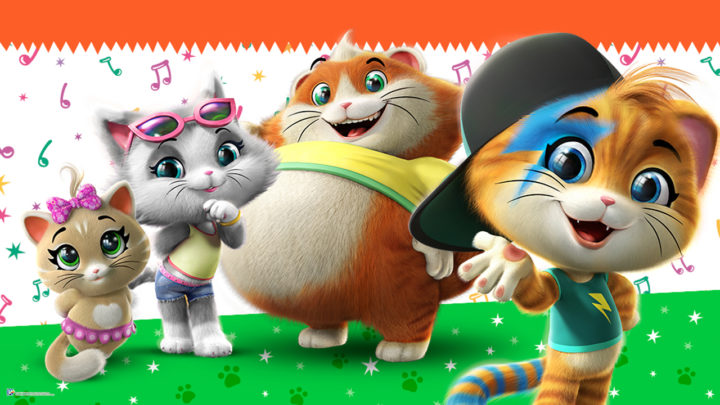 Rainbow – the content powerhouse behind some of the world’s best-loved brands for kids – has just announced a new partnership with toy giant Bandai America, appointed by master toy licensee Toy Plus for the distribution of 44 Cats toy line across the USA and Canada.

Bandai, among global leaders in the toy industry, will launch the preschool toy line based on the adorable and adventurous characters of the show, allowing kids to play out their favorite scenes with products deeply linked to the TV show and featuring the key elements of the IP: music, creative play patterns and collectability. A collection ranging from plush to figurines, from play sets to musical toys. The first products will hit shelves from early 2020.

44 Cats will debut in the USA starting from June 10th on weekdays, airing on Nickelodeon channel. The show is in the licensing spotlight with major deals signed before the show even hit TV screens in late 2018, and after the master toy deal with Toy Plus, developing the all-cat collection of toys , and Simba Dickie Group’s special partnership as exclusive distributor for Europe and the Middle East, the wonderful licensing program of 44 Cats moves along with the important announcement of Bandai as distribution partner for the USA and Canada.

The “pawesome” upper preschool property is already enjoying tremendous popularity throughout the world, with a second series already being produced. The 52 x 13’ series is an explosive mix of music and cuteness that deals with edutainment themes such as tolerance, diversity and altruism, combining positive values, action and comedy in a sophisticated CGI production. The show follows the adventures of Lampo, Milady, Pilou, and Meatball – four adorable kittens who are part of a music band named The Buffycats – helping others and always finding creative solutions to everyday hitches.

The collaboration with Bandai confirms Rainbow’s 44 Cats as a protagonist in 2019’s licensing landscape, with excellent and growing market response.

“We’re really excited to launch the 44 Cats toy line to the US and Canada market,” said Shusuke Takahara, CEO at Bandai America. “Over the last year, we’ve been looking at new lines to distribute and couldn’t be happier to partner with companies like Rainbow and Toy Plus. From figurines to plush, we can’t wait to see consumer reactions as they collect toys from the adventurous and adorable TV show.”

Mr Iginio Straffi, Founder and CEO of Rainbow Group commented: “We are glad to collaborate with such a partner as Bandai in US and Canada to distribute 44 Cats’s toy line, allowing kids to play with the protagonists of their favorite TV show and let their adventures become real!”.

Among the largest animation studios in Europe, Rainbow is an internationally renowned TV and movie producer creating and distributing animated and live action series and films for kids and families. The global reception of Rainbow brands has translated into widespread licensing success across a multitude of categories throughout the world, and through market leading licensees in each category.