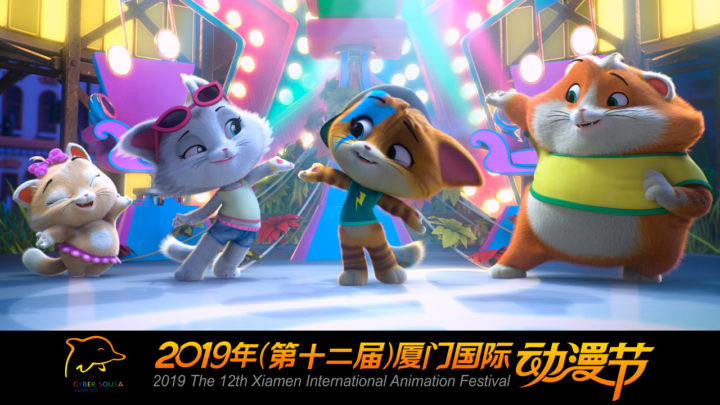 Rainbow’s latest animated success 44 Cats, produced in collaboration with Antoniano Bologna and Rai Ragazzi, has been awarded the Golden Dolphin for Best Animated Series in the overseas category at the Cyber Sousa Competition as part of the 12th edition of Xiamen International Animation Festival, China’s most influential festival for animation and comics.

The XIAF is supported by ASIFA (Association Internationale du Film d’Animation) and ASIFA-CHINA, and promotes the development of the animation industry, comics and video games boosting information technology’s application and international exchange. The award is a further recognition for the whole team at Rainbow, already working on a second 52 x 13’ season and delivering a top quality show that is quickly growing into a preschool classic.